Many medications come in different forms. It is not always clear which medications are regular and which have special release forms. The regular or “Immediate Release” are more common. After a pill is swallowed and makes its way through the digestive tract. It works by releasing the full contents of the med right away when activated in the digestive tract. They will act more quickly and reach their “peak” quicker. Think of it like a roller coaster with a steep incline to the top but also a steep decline back down as it is removed by the body. The downside is that the medication may not last long enough to last all day. This is why we have to take some medications 2 or even 3 times a day. How long a medication can last in the body depends on what medication it is. Certain medications can last longer in the body than others.

There are also medications that will say, “Extended Release” or “ER” for short. Some will say “Delayed Release” or “DR”. These medications work differently than regular or “immediate release” medications. They do not release all of their contents right away like the regular medications. The tablet or capsule is specially designed. It will release the contents more slowly over time. Think of a more gradual slope for the roller coaster. It takes longer to reach its “peak” but it will last longer since it is not releasing all the medication right away. There are special parts that go into making these medications work this way. It is important not to change the pill by crushing it or cutting it in half. This can cause the med to not work the way it was meant to. Your pharmacist will be able to tell you if any of your medications have these special release forms.

What you can read next 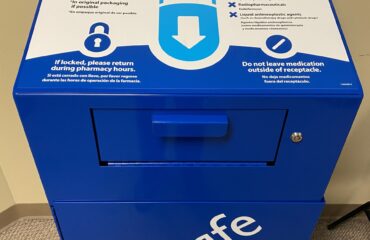