There has been a lot of confusion about the legality of certain medications in Missouri since the Supreme Court as removed protections afforded under Roe v. Wade.  There have been several news reports and stories about people having issues getting medications from pharmacies.  Our goal is give some explanation as to what is legal and what to do if you have issues.

-Plan B (morning after pill, levonorgestrel, etc) Legal and unrestricted under Missouri law.  Plan B prevents pregnancy and does not end pregnancy.  There is no issue currently in Missouri.  There have been some health systems concerned that the Missouri AG would file suit against them if dispensed, but this was later reversed.  The Missouri AG has specifically said no legal actions would be taken against Plan B dispensing.

Plan B is available by prescription or over the counter.  Plan B may not be effective for women over 165lbs.  Ella is a prescription emergency contraception that can be used by women up up to 195lbs.  Any weight could also have a copper IUD implanted up to 5 days after unprotected sex to prevent implantation.  Coverage by insurance varies.  Not every pharmacy carries Ella so it may take a business day to get in if they don’t have it on hand.

Missouri legislation is openly discussing making Plan B and IUDs illegal.  This may come up in the next legislative cession but would likely be challenged in court.

-Medications that could be used for abortion or other conditions (methotrexate, misoprostol, etc): These drugs have very specific doses when used to induce an abortion.  There is no restriction for conditions not relating to abortion.  There have been instances where people have been denied medication for other conditions (Rheumatoid arthritis, cancer, Crohn’s, psoriasis, etc).  The dosing and duration for these conditions are completely different than that for ending an ectopic pregnancy or intrauterine pregnancy (IM, typically one dose).  A pharmacist should know this but they may not.  To help avoid issue, ask your doctor to put the ICD-10 (diagnosis code) on your prescription.  While it shouldn’t be necessary, it may help prevent any issue.

Some pharmacists have refused to dispense medications due to religious or other beliefs.  While there’s no law preventing this in Missouri that I am aware of, it can happen. There are some options if it does.  Ask for another pharmacist to fill it.  If one is not available, as for it to be transferred immediately to another store (same chain or another pharmacy).  I would call that pharmacy first if possible to make sure they have it in stock and no issue.  The pharmacy has to transfer the prescription if requested.  There is no time limit (a reasonable amount of time) to do the transfer.

If you are having issue getting these medications, call us 314-832-2480.  We can give you advice on how to get the medication as quickly as possible.

What you can read next 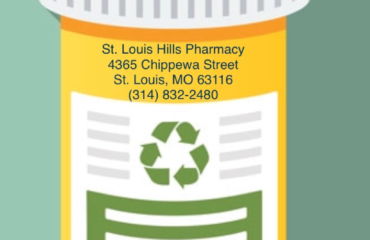 What is the difference between Ibuprofen (Advil) and Acetaminophen (Tylenol)?

Taking your medication on time